Alan’s expertise ranges across a variety of fields including; public speaking events; academia; broadcasting; television & radio presenting; voice-over narration; life celebrant; and heritage authorship in a career that has spanned over many years.

Instantly recognisable as “The Voice of Old Trafford” for almost twenty years, Alan is known the world over and his wealth of knowledge infused with anecdotes from his experiences at the pitch-side, corporate and charity events would elevate any conference or after-dinner appearance. Alan has also lent his voice to branded advertising campaigns, live music events at Wembley Stadium, the London 2012 Olympic Games and, to the EA Sports FIFA video games until 2021. 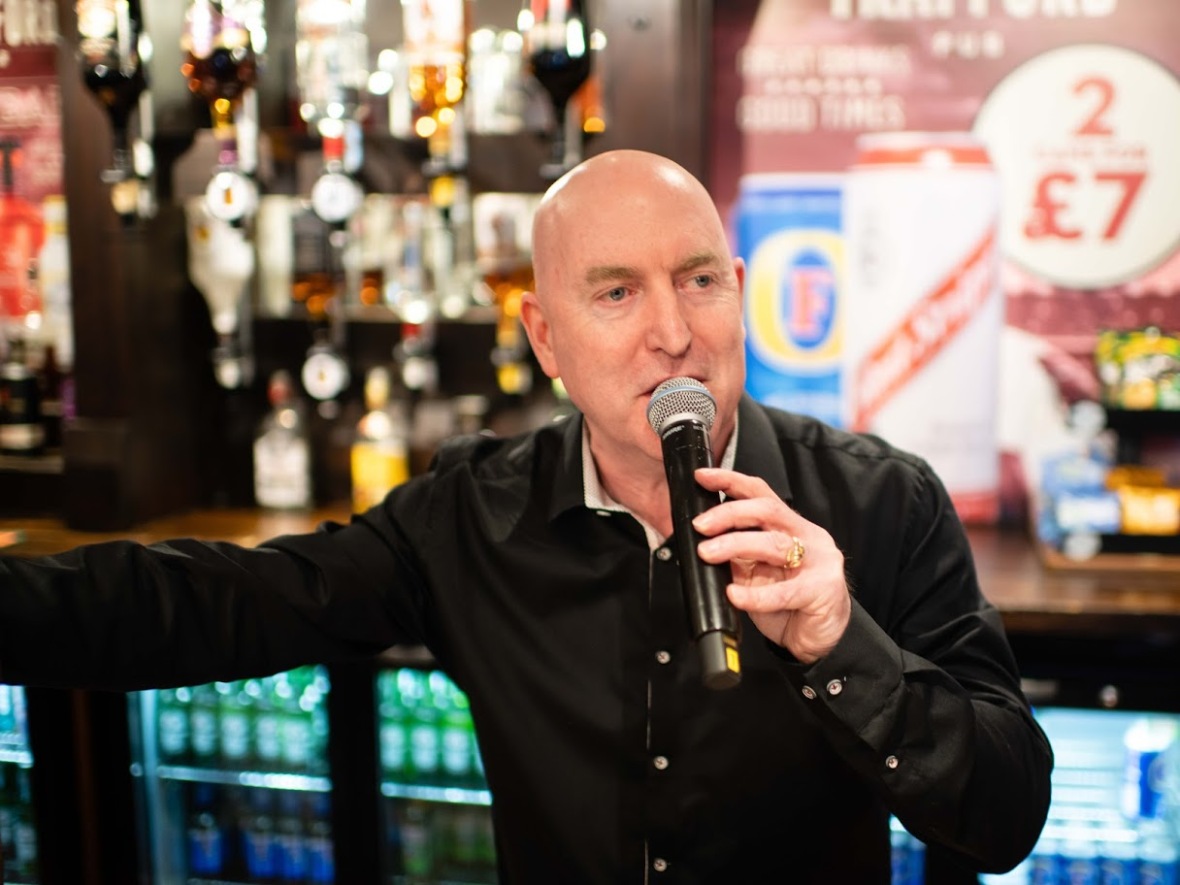 Being gifted with a distinctive voice, Alan has had the opportunity to interview many people over his long career. From key opinion leaders and senior individuals from within the business world, members of the general public and more recognisable names, both from on and off the pitch; including: Michael Schumacher; Sir Alex Ferguson; Usain Bolt; David Beckham; Rory McIlroy; and former President of Ireland, Mary Robinson.

Outside of his football life, Alan previously served as the Director of Business Development for UK Partnerships inside the Faculty of Culture and the Creative Industries at the University of Central Lancashire in Preston, where Alan had taught Media & Journalism since 2000. Within his career at UCLan Alan had been involved in a number of transformations for the University and Departments within.  This is a subject in which Alan can discuss first hand from both a leadership position and also as a member of faculty.

Alan developed a number of start-up incentives within the university. His most notable project being The Great Northern Creative Expo, established in 2015. Alan, as Festival Director had nurtured the festival from conception and is proud of its ability to attract some of the country’s leading creative talents from both The University of Central Lancashire and beyond, from every corner of the Creative Industries including Film, Photography, Performance, Music, Media and Journalism.

A graduate of the University of Salford, Alan also holds a Masters Degree in Fine Art Site & Archive Interventions, something that was born out of his love for his local community. Alan charted the struggles and successes of the Irish community in Manchester over the course of three titles on “Irish Manchester”. He can also give aspiring authors an insight into the journey of publishing and launching their book. Especially as the books were an instant success upon publication selling almost twenty thousand units.

So deep is his love of Manchester and his own Irish heritage, Alan broadcast his own local radio show for over a decade on BBC Radio Manchester and Sunset radio 102FM, the first Incremental radio station, a new type of station licensed by the Independent Broadcasting Authority.

Alan provides a fascinating insight not only into the beautiful game, but also into the world of  Communication, Leadership, Education, Life Celebrant and Self-motivation. Since his first day as a radio presenter, and entering the world of Media, Alan has emerged as a force on the world stage, solely through his own dedication, resilience and his strength of faith.

Want a personalised shoutout or message from Alan? Visit his page on Cameo.com!